Generation Esmeralda is the current incarnation of the group Santa Esmeralda featuring Jimmy Goings. Reformed through the urging of trumpet player, Tom Poole, and Brazilian promoter, Sergio Lopes; Goings returns to the stage in an exclusive tribute to the music and spirit of Santa Esmeralda.

Check us out on social media!

Perhaps best known for their hit disco remakes in the late 1970’s of the songs “Don’t Let Me Be Misunderstood” and “House of the Rising Sun”, and their original dance hits “Another Cha Cha” and “Ces’t Magnifique”, the group Santa Esmeralda has reformed, and is now Generation Esmeralda featuring Jimmy Goings. The Band includes members of the original touring band, Tony Baker (The DeFranco Family, The Drifters) and Mick Valentino (Eddie Harris, Roger Smith, Jerry Goodman).

Generation Esmeralda’s sound is a savant mix of high-energy Latin rock dance grooves with melodic hooks, agypsy-infused Flamenco style and impressive guitar licks, augmented with a splash of Cha-Cha and punctuated by a driving 3 and sometimes 4 piece horn section.

With band members Patrick Morehead on keyboards, Mike Rinta on trombone, Steffen Kuehn and Louis Fasman on trumpet, “T” Moran on drums Roberto Quintana on percussion and Ariane Cap on bass, this band delivers! The impressive performances showcased by this unique ensemble continues to bring joy to fans both young and old.

The presentation is in the form of a CONCERT and runs 75 minutes to 120 minutes depending on the promoter’s request. The show can also be customized to fit multi-act or set break formats.

The original concept of “Santa Esmeralda” was formed as a production project in 1976 by Jeanne-Manuel de Scarano and Nicholas Skorsky in Paris, France. Santa Esmeralda was inspired by the heroine from Victor Hugo's “The Hunchback of Notre Dame." Jimmy Goings joined the projected in December of 1977, replacing singer Leroy Gomez, who was featured as lead vocalist for the first album “Santa Esmeralda." The album featured the project’s first international hit “Don’t Let Me Be Misunderstood” and the popular ballad “You’re My Everything." Following the departure of Gomez, Goings was brought in to recorded lead vocals for the already complete follow up album “The House of the Rising Sun. The title track earned Santa Esmeralda their second internation success. Showcasing a wonderful collaboration of French arranger Jean Claude Petit, guitarist Jose Souc, and French studio guitarist Slim Pezin; the song’s gypsy infused flamenco style soon caught on all around the world.

Goings was granted the rights to tour the concept and created his first touring band in January of 1978. The group hit the road immediately, touring with disco legend Barry White, and joining the resurgent tour of Carlos Santana. Santa Esmeralda quickly became international headliners, embarking on a world tour that included Puerto Rico, Venezuela, Brazil, Canada, and the United States. 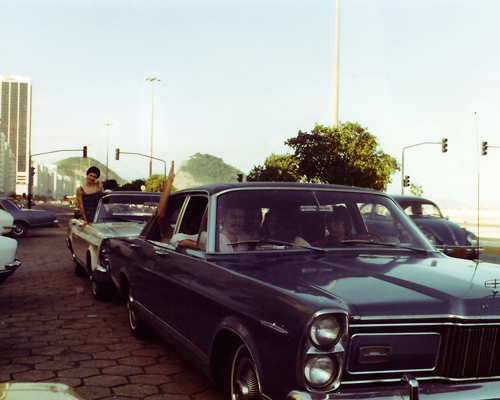 Goings went on to record two more albums for the Skorksy/de Scarano team: “Another Cha Cha” which was an original collection of songs with Goings making his first co-writing contributions on all tracks. The title song went on to become another world-wide disco hit. The album also contained the popular songs, “Generation”, “Answer”, and “Back to the Beginning”. The final album recorded with the team was “C’est Magnifique” also titled “Don’t Be Shy Tonight”, which contained the follow up hit “C’est Magnifique”, and the radio hit “Don’t Be Shy Tonight”.

Skorsky and de Scarano spilt up in 1980, and Goings continued his collaboration with Skorsky on the next two albums. The group reprised its original sound, on the cover version of another popular 60’s hit, “Hush”. On this album Goings also collaborated again with Jose Souc on “Welcome to the World” and “What I Wanna Do With Your Love”, and provided original arrangements for the cover songs “No Reply” and “Street Fighting Man” which were then transcribed and orchestrated by Souc. The final album of the collaboration came in 1982 with Jimmy Going and Santa Esmeralda “The Green Talisman”. This collection returned to the concept album genre and produced the striking title tune “The Green Talisman” as well as covers of “Siboney” and “Children of Sanchez”, and the lush ballads “Sweet Fusion” and “Eternal Light”. Goings continued to tour through 1982 and the group disbanded officially in 1983.

While many greatest hits compilations followed, Goings put his touring aside in 1983 to raise his daughter, Genevieve, and later, his son Jesse. He continues working in the entertainment field as a music producer, talent representative, and event coordinator through his entertainment company, GFI Entertainment, located in the San Francisco Bay Area.

As well as world-class musicians...

As "Santa Esmeralda with Leroy Gomez"

Don't Let Me Be Misunderstood

As "Santa Esmeralda with Jimmy Goings"

As "Jimmy Goings and Santa Esmeralda"

COUNTRIES WE HAVE TOURED